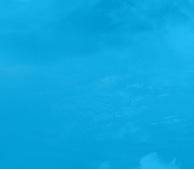 The telecommunications industry in South Africa is growing from strength to strength, and according to mergermarket's South African M&A Round-up for 2008, is cited in an article on www.sagoodnews.co.za, as “…an industry to watch closely in 2009, as it will most likely show the most activity.”

Growth in telecoms can be contributed to several factors, including foreign investment in infrastructure. According to the report, Vodafone has recently acquired “…an additional 15% stake in Vodacom (bringing its total holding to 65%) [and] has opened up the industry to increased competition and an expected tussle to acquire available voice and data targets across sub-Saharan Africa…"

Further developments in telecommunications include a joint- venture with telecommunications company MTN and converged communication network operator company, Neotel. According to an article on www.moneybiz.co.za, the two companies are “…to co-build a long-distance fibre optic network connecting major centres around the country.” According to the article, the network will cover a 5 000km distance, the first instalment of which will extend from Gauteng to Kwa-Zulu Natal, and will be completed by April 2011.

According to an article on www.southafrica.info, “…telecommunications is one of the fastest growing sectors of South Africa's economy, reflecting the rapid growth of mobile telephony in the country. The communications sector, together with transport and storage, accounts for almost 10% of gross domestic product (GDP).”

With regards to the mobile sector of the telecommunications industry, the above article also states that , “…South Africa is the fourth-fastest growing mobile communications market in the world…[and] provide telephony to over 39-million subscribers or nearly 80% of the population.”

With so many new developments taking place, the South African telecommunications industry is an ideal sector in which to begin your career path. Working in telecommunications will provide you with opportunities to better our ability to access information, and communicate around the globe.

Specializing in Information Technology, Telecommunications, Financial and Administrative recruitment, Solar Recruitment is an ideal if you are looking for telecommunication jobs, as their philosophy is to provide staffing solutions to match each company's individual needs, and unlock the “human capital” that each of their clients invests in.
Sources: